So, the first draft localization of FRTB is out. Two weeks ago European Commission published its proposal to amend the rules on capital requirements, which along with other new regulation include incorporating FRTB. The proposal can be found here, with related FRTB regulation starting on page 123.

While I did not have time to do a complete analysis of the localization, there is a number of immediate points that can be made. Some of them are larger, and very obvious, some of them are more subtle – and possibly not intentional.

There are two most obvious large points.

Firstly, the it may look like the implementation deadline has been extended. The new directive targets 2023 as the date when “all EU institutions meet the own funds requirements [for MR] under the final calibration”. At the first glance, this is three years later than the BCBS implementation of 1 January 2020, but in reality, the actual implementation stays the same. The 3 extra years are when EC allows the banks to apply a discount of 35% to the capital calculated under the new rules, allowing the regulators to calibrate the rules.

The second large points is that FRTB will not apply to everyone, as BCBS intended. Under the proposal, institutions with small trading books can treat the trading books as banking books. Those with medium sized books can use “simplified” standardised approach, which looks very much like the current one. The limits for small are 50m EUR and for medium 300m EUR (or 10% of all assets). One has to be careful with these limits though, as the limit is to a sum of absolute value of all trades that would be subject to the regulation[1]. Simplified, if an FI had just two trades, one worth 150m EUR in profit and another in 150m EUR loss, the limit would be breached even if the actual PnL of the FI would be zero.

And some subtle ones

In addition to the above, there is a number of smaller points, to which I’ll return in more detail in the future. Some of those are clarifications of BCBS rules (for example including definition of how to calculate inflation/basis deltas for GIIR), some of them are dealing with special circumstances that BCBS ignored (for example underwriting, or dealing in Collective Investment Undertakings), and some appear as a simple re-parametrization.

Let me for a while discuss the latest. For example, in the SA, under credit spreads, the EC regulation adds a special bucket for EU area governments, as well as for EU area covered bonds.

This has two implications – one visible immediately, the other a more subtle one.

The first one is that institutions reporting to multiple regulators will now, in effect, have to deal with multiple configurations and tweaks to the rules. This creates extra complexity for any implementation, where multiple versions of static data may have to be hold, enriched in different ways, and take into account the regulatory idiosyncrasies – whether intended or unintended[2].

The second one is that even tweaking with parametrization, especially bucketing, may create unintended consequences.

For example, consider a sample portfolio of a UST and a German Bund, with the only CS01 exposure at 10 years tenor, equal to 1m EUR for both.

So, let’s calculate the capital under BCBS. It is:

WS are the risk-weighted sensitivities, in our case 5k and -5k.

is the inter-bucket correlation, calculated as

Plugging in the values, I get about 5.7k in capital for the portfolio. There are no other buckets to consider, and so the 5.7k is the final number.

Now, let’s look at the EC rules. The

numbers are simpler, as we have just one risk factor in each bucket, and thus have two values, each being 5k.

Now, the formula for adding up capital between buckets looks like

are the sums of risk weighted risk factors in the buckets (in our case 5k and -5k), and

is the intra-bucket correlation, calculated as

Now, the capital calculated the formula and the parameters above is 0 – quite a difference from 5.7k under the BCBS. Similarly, if the positions were in the same direction, the capital under EC rules would be substantially higher (10k) than the BCBS capital (over 8k)

While this has relatively small impact on government bonds buckets, with their low risk weight of 0.5%, it would have larger impact on covered bonds bucket, with weights of 2% and 4%, where the incentive now changes to holding long position in EC covered bonds and short positions in non-EC bonds, and even more so on securitization CTP desks (risk weights of 3% and 6%), which have mandatory SA treatment.

I do not know whether this is EC’s intent, or a side-effect, where a new bucket was added to allow EC to control risk weights for domestic banks better, but “forgot” the bucketing effect. In either case, we can definitely see how regulatory treatment could drive incentive – for example in the CTP portfolios, going long EU covered bonds and short non-EU (which at the time of implementation would most likely include UK[4]) would make a lot of sense from capital perspective.

As mentioned, I will do a more detailed analysis of the differences in the future – so watch this space.

[4] This may have interesting consequences with Brexit. I can’t see BoE accepting these splits as relevant for the UK banks, but that would preclude the update directive to be carried over to the UK in toto, which may be an EU pre-requisite for financial institutions access to the single market. 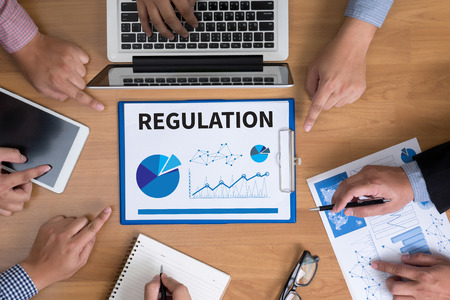 To SA or not to SA